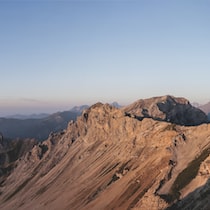 Asus is one of the first manufacturers to offer us the new Intel processor solutions, together with its new chipsets, in medium ranges where performance, versatility and above all, adequately replace any desktop computer are sought, saving space but without losing performance.

The new N generation will come in two flavors, N61 and N71, with 16-inch and 17-inch screens respectively. They all mount the new Intel HM55 chipset and vary in the integration of one or another type of Intel Core processor. In the case of the N61 we will have three models available in February, one of which we have right now under analysis in the laboratory, with options for Core i3, Core i5 and Core i7 processors. They have 4GB of RAM, 500 and 640GB hard drives, Radeon 5730 and Geforce 325M graphics chips, USB 3.0, high-speed Wi-Fi-N chips, and a whole catalog of video and sound outputs, etc. This model will have three variants with prices ranging from €899 to €1,099. Affordable and powerful.

The N71 will not arrive until March but it has practically the same features as the N61 except that it will integrate a 17” screen with higher resolution, specifically 1600×900 compared to the 1366×768 points of the N61, but with traced features except that the Core i3 options are ruled out. all configurations to Core i5 or Core i7. Their prices do not vary since the three variants that we will find in the market have prices of €899, €1039 and €1099 as in the case of the N61.