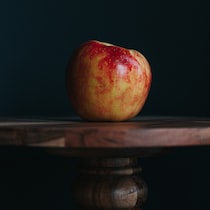 The house of the bitten apple, Apple, continues to register patents on the most disparate sensors for Apple Watch. In the past few hours, for example, a document has leaked online concerning a series of smartwatch sensors capable of scan the wrist veins. All in order to understand the movements of the hands. How is Apple going to make a profit?

Yes, it seems that the house of the bitten apple wants to take Apple Watch to another level. The patent presented in the past few hours shows a device capable of identify hand gestures without the need to touch the display. It goes without saying that the possibilities of use are really numerous.

Apple Watch: The Best Apps You Absolutely Must Have

Apple Watch: smart gestures are on the way

To date, there are very few Apple Watch gestures that do not require the use of fingers. It seems that the Cupertino giant wants to significantly increase the number thanks to the introduction of a particular technology. The patent presented in the past few hours shows a smartwatch capable of scanning the veins of the user’s wrist and identifying hand gestures with absolute precision. This would give birth to some real smart gestures. To achieve this result, Cupertino will use several sensors. Most likely, some of them will also be implemented on the strap.

As usual, being a patent, we cannot confirm that what has just been said will have real confirmation. Many times Apple registers patents but ultimately fails to complete them. We will keep you updated as soon as we know more about it.

Project Black Box, the mysterious and indestructible “black box” that will tell the future what happened to us