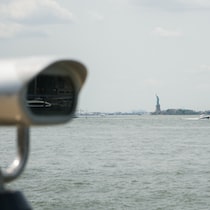 CES 2013. The Intel Haswell will double the graphic power of the current Ivy Bridge

The new models maintain the format of their predecessors but significantly increase the processing capacity with ultra-low voltage Intel Sandy Bridge processors with frequencies of 1.6 and 1.7GHz. The jump with respect to the Core 2 processors is notable as well as the improvement in the use of a much more powerful graphics card such as the Intel GMA 3000 that these processors incorporate. The 11” model with a 1.6GHz variant screen while the 13” model stays with the 1.7GHz one.

Both models replace the Mini-Displayport connector with a Thunderbolt port, which maintains the format and connectivity, but adds connectivity technology capable of developing up to 10Gbps of simultaneous upload and download bandwidth. Both models receive this interface, matching them to their older brothers, the Macbook Pro.

A change highly demanded by users has also been introduced, such as a backlit keyboard with automatic brightness control. The memory, flash storage and battery autonomy options are maintained and practically the same prices as their predecessors are also maintained.

They already integrate the Lion version of MacOS that has also been presented today.