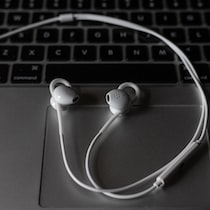 The bitten apple company Apple unveiled a new iPad Pro model about a month ago. Along with it, an innovative accessory has also arrived, the Magic Keyboard. This is a keyboard that makes iPad a real laptop. Too bad, however, that it consumes a lot of battery. Here’s what users think.

The Magic Keyobard for iPad Pro arrived on the market in the past few weeks. The product was praised by everyone for its innovative features. It seems, however, that it is not perfect. Many users who have been using the device for a few days have noticed a drastic drop in the battery of their iPad. Apparently, the problem is the Smart Keyboard. Let’s find out why.

Apple: in India AirPods as a gift with the purchase of the iPhone 11

Apple: Smart Keyboard consumes too much due to a bug?

Despite being super innovative and costing almost half the tablet itself, the latest generation Magic Keybord does not have an integrated battery. This, in fact, is powered directly from the iPad thanks to the Smart Connector. The problem is that this accessory is much more demanding than the Smart Keyboard we have seen so far. The keys of the new keyboard are backlit and this is felt on the battery of the iPad.

Numerous users have complained that in some cases the backlighting of the keyboard remains active even after the iPad has been put in stand-by. In this case, it could be a bug that Apple will promptly fix. The company of the bitten apple has not yet released any explanation to the complaints of users. How will it behave? Look forward to further updates on this.