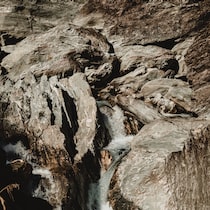 How to put password to WhatsApp on iPhone SE, 12 and 13

We now have iOS 16 beta 2 available to install on iPhone, just a few days after the release of iOS 16 beta 1.

Apple has just released the second beta of iOS 16 for developers and all those who want to install the developer profile. iOS 16 was introduced just a few days ago and it comes with very important new features such as the new lock screen, the new features of the Weather app or the new Memoji Stickers.

Along with the second beta of iOS 16, Apple has also released the second betas of iPadOS 16, macOS Ventura, and watchOS 9. All new operating systems have been updated to the second beta, and remember that you can install all these versions on your devices. devices.

At the moment the main novelties of this second beta of iOS 16 are unknown. The first version has come with many improvements and it is most likely that in this beta 2 we will also see important news. In addition, it is possible to fix some problems and bugs that were found in the first beta.

In case of finding important news, we will update this article with all of them or create a new one explaining each of the new features of iOS 16 beta 2.

iOS 16: these are the best news according to users

How to install iOS 16 beta and compatible iPhone models

Anyone with a compatible iPhone can install iOS 16 beta without any hassle, all you have to do is download the developer profile on your iPhone and head to Settings > General > Software Update to download the OS neighbor beta. The iPhones compatible with iOS 16 are the following: