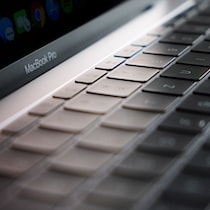 Apple Airpods in the hands of iFixit: here is the first teardown

In the past few hours, the company of the bitten apple, Apple, surprisingly presented a new line of MacBook Pro 13 “. Users have been waiting for the release of the range for weeks. After the first clues that emerged just yesterdayApple has decided to make everything official. The new professional laptops of the bitten apple bring very interesting features into play. Let’s find out together.

With these new laptops, Apple has finally KO’d butterfly-operated keyboards. The new MacBook Pro 13 “, in fact, are equipped with the much praised Smart Keyboard already seen on the MacBook Pro 16” and on the new MacBook Air.. This, of course, is not the only big news of the new devices. Here is what changes compared to the past.

How to use the Apple Magic Trackpad on your PC

Apple continues to divide the 13 ”MacBook Pro range into two different lines. On the one hand we find two “economic” models, on the other two premium ones. The first two maintain the same processors as the previous generation, the eighth generation Intel Cores. To change are the memory, keyboard and price cuts (slightly lower). The premium models, on the other hand, take a big step forward compared to the past. These introduce, in addition to the innovations already mentioned for the basic model, some brand new ones 10th Gen Intel Core processors, more powerful GPUs and 16GB base RAM.

iPhone 11: Apple launches a free repair program for some units

Aesthetically, the laptops remain almost identical to those of the previous generation. The prices for the basic models are 1529 euros (256 GB) and 1779 euros (512 GB). Prices for premium models are 2229 euros (512 GB) and 2479 euros (1 TB). The laptops are already available for pre-order with delivery in the next few days. Look forward to any updates in this regard.