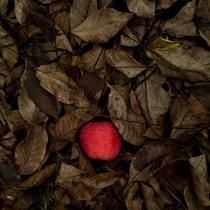 A few weeks ago, during WWDC 2020, Apple announced a big step forward for Macs. We are obviously talking about the transition from Intel to ARM processors, Apple Silicon. According to the well-known analyst Ming-Chi Kuo, the first Mac equipped with this processor will be a 13 “MacBook Pro. Will it really be like this?

Apple has announced the arrival of ARM processors but he said nothing about the first devices that will support them. What she just said was that, by the end of the year, at least one product will arrive with this new processor. Kuo seems to be pretty sure about it, it will be a 13 ”MacBook Pro.

Apple: MacBook Pro 13 ”with Silicon by the end of the year?

The well-known analyst Ming-Chi Kuo seems to have very clear ideas about the projects of the bitten apple. This believes that Cupertino will soon release (by the end of 2020) a 13 ”MacBook Pro equipped with the much talked about ARM processor. This will be the first Mac device to support the new chips. To follow him, always according to Kuo’s ideas, MacBook Air 13 “. The latter will arrive on the market within the first months of 2021. The introduction of ARM processors will lower the list prices of the Air variants. The same will not happen, however, for the Pro variants.

End of Steam Machines seems nigh

Recall that Apple has not updated the design of the MacBook Pro for several years. This could be the right opportunity to bring a renewed aesthetic to the field. Kuo, in fact, does not rule out this possibility. How will the matter evolve? Look forward to any updates in this regard.