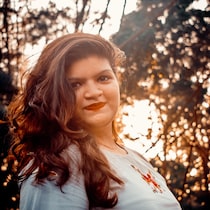 Apple Card will in no way be compatible with Jailbreak

Among the other hardware innovations we can talk about a notable reduction in the thickness of the device, which is now only 8.8mm thick, and the inclusion of two cameras, now also front, to enjoy videoconferencing and subsequent video recording in high definition, as well as the inclusion of a 3-axis gyroscope like the one found in the iPhone 4. Other than that, the specifications remain on a 9.7” screen, with the same resolution of 1024×768 points in proportion 4: 3 (more was expected in this section) and still depends on proprietary accessories for external connectivity, although this section includes an HDMI cable with 1080p support and image duplication on both screens simultaneously.

TSMC will manufacture the Apple A11 SoC at 10 nanometers

Other accessories presented is a new cover, which serves as a support base and is attached to the screen using magnets (it will cost another peak). The autonomy is maintained at 10 hours, which is remarkable considering that the dual-core processor also maintains a frequency of 1GHz like the A4 and the space for the battery is also much smaller.

Other additions are found in the availability of two colors, black and white, as well as in the graphics engine that, according to Apple, improves its processing potential by up to nine times. It will be available in Spain from March 11 and right now in the Apple store there are interesting liquidation offers for the previous model.

Apple: An innovative AR headset will arrive by the end of 2022