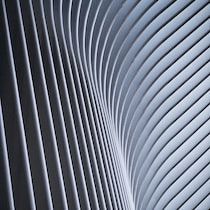 It’s been months since the company of the bitten apple, Apple, is working on new iPad and Mac models with mini-LED displays. It seems that the time for the debut is almost here. According to what was confirmed by Digitimes colleagues, the Cupertino giant would have made agreements with two new suppliers to speed up the production of the devices. These will be ready within the next 18 months. Here are all the details about it.

Mini-LED displays offer a number of interesting benefits. Unlike classic panels, these use many more LEDs. This means that there are many more total blackout areas to work on. The first iPad equipped with this display should arrive by the first months of 2021 while the first Mac by the end of 2021. Let’s find out who will be the manufacturers of the panels.

Apple: The launch of products with mini-LED displays is getting closer

The house of the bitten apple, Apple, appears to have settled with two new mini-LED panel suppliers, Zhen Ding Technology And Flexium Interconnect. These and Young Poong Electronics they will compete for the percentages of production of the panels. The intent will be to speed up production times as much as possible. According to a first estimate, both iPads and iMacs equipped with this technology will hit the market within the next 18 months.

It almost seems 100% certain that the first device to hit the market with such displays will be iPad Pro 2021. How will the display quality improve? We will find out only in the next few weeks. Look forward to further updates on this.

Changes in the Earth’s orbit have led to biological evolution