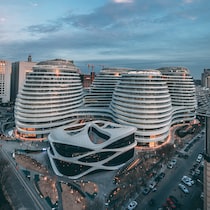 Among the improvements, an interesting aesthetic touch-up where the glass becomes a fundamental part of the casing and some technical improvements that above all affect the screen. In fact, for me it is the most notable novelty of this device that now has a native resolution of 960×640 points.

Among the other most notable novelties is the incorporation of Apple’s A4 processor, which also gives life to the iPad and the introduction of a front camera that allows videoconferencing.

3G connectivity is maintained in the HSDPA of 7.2mbits download and 5.76Mbits upload but Wi-Fi improves to the N standard, Bluetooth 2.1 is maintained and new sensors are introduced such as a three-axis gyroscope that is complemented by accelerometers, existing compass, GPS and light sensor.

iPhone 8: the cover reveals the dimensions of the device and the new camera

The new iPhone also allows direct recording and editing of high-definition 720p video at 30fps and is around 25% “thinner” than the 3GS version. Where it continues to weigh down so much functionality (and this is general to all modern smartphones) is in the autonomy that does not exceed 6 hours browsing with 3G connectivity.

This new version will not appear in Spain until July, it will first be launched in five countries on June 24, and the prices will be similar to the current ones. It has two versions, 16 and 32 Gigabytes, and two colors available: black and white.