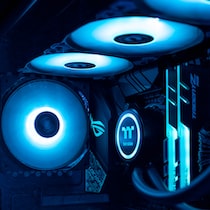 For weeks now we have been talking about the possible debut of a new model of iMac. In the past few hours, further confirmation of this has come from the Geekbench platform. In fact, the first benchmarks of an unreleased iMac model have appeared. Could it be the much-rumored Apple computer with a 24-inch display? Let’s try to understand it together.

In recent times, Apple has definitely neglected its iMac line. All devices, in fact, only received small minor updates. It is time for the company to decide to release something more substantial. Appeared on Geekbench, a iMac equipped with a new processor and GPU. Here are all the details about it.

WhatsApp, all the new features that will be available

Apple: A brand new iMac is about to hit the market

Yes, in the past few hours, the first benchmarks regarding a new iMac model have appeared online on the Geekbench platform. The offending device mounts a new processor Intel Core i9-10910 3.6 GHz (Turbo Boost up to 4.7 GHz) to 10 Cores. This is the successor to the Intel Core i9 currently found on the 27 ”iMacs. According to the GPU, however, the new device mounts one AMD Radeon Pro 5300. We are talking about two components that will make the device a real war machine.

At the moment, we don’t know what the pc will look like. Some think it will be the long-awaited iMac with renewed design and 24-inch displaywhile others think it will only be one updated version of the current models. We just have to wait and see how the situation will evolve. Look forward to updates on this.