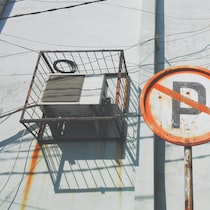 New NotePal U3 from Cooler Master

If you are bored and do not know what to do, today we want to advise you five new applications Android that might be right for you. Our list consists of a couple of games that have recently been going crazy on smartphones, plus a couple of utilities to always keep on hand.

The apps are among the most popular releases this past week and we are sure they will satisfy every palate. From the avid gamer to the average user, at least one of the five proposals will attract your attention. The apps they are almost all free and they can all be found on the Google digital store.

The best deals on Android phones

Without getting lost in small talk, let’s unveil and analyze these five products:

1. Mass For the Dead

Mass For The Dead is a smartphone game made by Crunchyroll, the well-known streaming portal dedicated to Japanese animation. The title takes place in the same world as the anime’s Overlord and it also has the same premise. We, as the player, are trapped in a disused MMORPG. The main characters of the show are all there and will accompany our adventure. In terms of mechanics, Mass For the Dead it’s a mobile role-playing game simple enough. We can throw parties, fight bad guys, and advance the story with some extra events and other things to do. The game also includes the automatic attack option it’s a fast forward mode to facilitate “farming”. For an anime spin-off it’s pretty decent and worth checking out.

Google launched the official app to accompany its new product Pixel Buds. The app is quite simple. We can see the battery charge, use it to activate and deactivate the adaptive sound, view the tutorials on gestures and use, control Google Assistant and, most valuable, the ability to make your Pixel Buds ring if you lose them. The app is downloadable and usable for free.

Levelhead is a new platform from the same developers as Crashlands. In this fun little game we can create levels, share them online And play with those created by other people. There is also a sort of campaign mode with 90 developer-made levels and an intuitive and affordable level creation process. It is one of the best games on Google Play Pass and is considered one of the best releases of 2020 on Android. For those who are not subscribers to the Pass, the game is sold at the price of € 7.49.

Volvo XC60, new anti-collision system will be presented at the Geneva Motor Show

TVUsage is an app for owners of Android TV. The app is quite simple to use. It installs and tracks device usage. We can view usageset i usage limits and use it as a kind of launcher. Also, it comes with a feature AppLock in case we want to keep children away from a particular app on Android TV. The app works perfectly on one device Nvidia Shield TV, but it may have problems on Mi and Sony TV. However, it remains a free app, so trying it costs nothing.

Legend of Runeterra is the new card game of Riot Gamesthe developers of the popular MOBA League of Legends. The title is set in the same universe and offers mechanics already seen in similar titles such as Hearthstone, Magic Arena or Gwent. We can build a deck and duel with other players. The peculiarity is the presence of the Champions that run around our deck and are endowed with special abilities. Legends of Runeterra is free with the classics in-game purchases.

Amazon: many offers not to be missed are valid only today