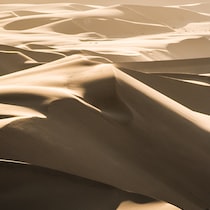 Android O, the official name may be revealed on August 21st

Until now, Android already had quite a few accessibility options that included users with visual impairments, which included some accommodations to support Braille displays. However, the company will take this one step further with Android 13, and as we read on the Google blog, the next version of Android It will have native support for Braille displays through the TalkBack screen reader.

This means that we won’t have to download apps like BrailleBack to use physical text input, while on the other hand, users who require this assistance will not need the aforementioned external applications for braille reading, but they also won’t be conditioned to low noise situations to use TalkBack with sound.

This is what will change with the arrival of Android 12

According to Google, many of the features of TalkBack can be used, such as interface navigation or shortcuts to perform common actions such as sending messages, while adding new shortcuts specific to Braille, such as copying text or skipping to the next line read.