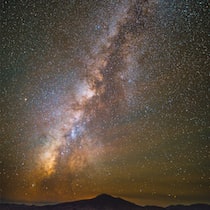 Samsung is already testing Android 10 on the Galaxy S9 with its OneUI 2.0 customization layer

By now it was in the air, but the same multinational Google has made it official: the official beta of Android 11 will be presented in live streaming on YouTube the next 3 June, and this creates a lot of anticipation among fans of this operating system, to see the news and its technical specifications. Together with the announcement of the presentation event of Android 11, Google has also confirmed some changes to the calendar that will lead to the release of the stable version of the operating system, concerning the developer Preview. Beta 2 will have to wait for July, and beta 3 is expected in August.

Then it will be the turn of the official version of Android 11, therefore expected for the last quarter of 2020, from September onwards. Let’s see what could be the main news and the smartphones that will support it.

The expectation for Android 11 software is growing

From what emerges from the first rumors, the news will not be exceptional. They will mainly concern the stability and speed of smartphones, the reproduction of all content in PiP, new gestures to allow the use of the smartphone with one hand, two new shapes for app icons, namely hexagonal and four-leaf clover. Obviously, there will be much more, but for now only this has emerged from the first Developer Preview.

As for the smartphones that will be able to support Android 11, the presence of the company’s smartphones, namely the Google Pixels, and those of the program is 100% sure. Android One. Certainly, however, it will be present on almost all of the new smartphone models, while the presence on the devices appears very uncertain Huawei, given the numerous controversies and debates.