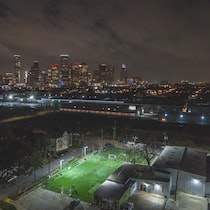 Game of the Month: Top 4 PlayStation Games of October 2015

Free play can be full of dangers, but that doesn’t mean it’s not fun. Ace Combat: Infinity, the latest entry in the long-running flight simulator series, sees you take to the skies on your PlayStation 3 without paying a dime. In order to give the title a boost, developer Project Aces has released this new trailer that demonstrates their dastardly dogfighting.

The clip showcases a wide variety of eye-catching aircraft, as well as other assorted aerial accessories. Oh, and did we mention he has a delightfully melodramatic voiceover? Because yes, and it is absolutely brilliant. Bandai Namco has also announced that the sniper will be released in Japan on May 20, so we suspect that the release of Westerners will not be long in coming.

Do you like the look of this slick shmup, or would you prefer it to adopt a more traditional costing model? Crash landing in the comments section below.