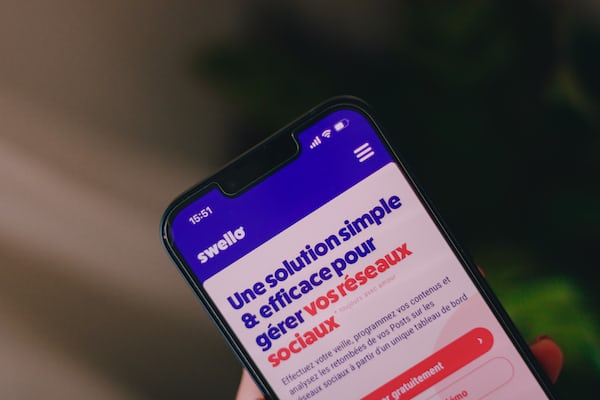 Android phones and iPhones have been rivals for several years and there are several sections in which Android phones are superior, such as the following examples that we leave you.

The rivalry between Android and iOS is far from extinct, users of both operating systems say that the flame is always on. It may be that, at present, this fierce struggle does not make any kind of sense; but the truth is that it is still fun to this day.

In addition, users with iPhone phones are usually the ones who tend to brag about everything that can be done with Cupertino terminals to the detriment of devices with the Mountain View operating system. But the reality is very different since many things can be done on Android that cannot be done on iOS.

We have decided to get down to work to discover what are those actions that can be done with Android mobiles and that cannot be done with iPhone mobiles. The truth is that it has not been very difficult to find this type of, to call it in some way, things that you can do with your Android mobile and not with an iPhone.

One of the biggest advantages of Android is access to external storage devices, in many cases these devices can be both USB and hard drives. The best thing about all this is that apart from having full access and being able to write to the memory of these units.

How to Hide Photos or Videos from Gallery on iPhone

In addition, it is not only the fact of being able to access the information stored in these units. The best part is that, for example, if you have a mouse or a keyboard, they can also be used due to the basic compatibility that Android has. Come on, that’s endless possibilities that the iPhone doesn’t have.

Customize everything to your liking

Personalization is one of the great strengths of Android, users of the Google operating system have a huge number of themes, icons and ways to make up their phones so that they have a style that completely convinces them. In fact, despite advances in iPhone this is still light years away.

iPhone 8: the confirmations on the presentation could arrive tonight

In addition, the customization goes beyond that you can even leave the lock screen or the home screen to your liking. This is possible thanks to the fact that different launchers or launchers can even be installed within the device itself, which allows total flexibility at a general level in terms of customization.

Another interesting feature of mobile devices with Android operating system is the fact that the launch applications can be chosen according to one’s taste. In fact, many manufacturers even allow you to modify different actions when starting the device so that everything can be started easily.

In addition, this would not be all, since choosing the applications that appear at the beginning is only one of all the possibilities that Android offers. You can modify the grid so that more or fewer icons appear as you can

Keep your screen always in view

The arrival of Always on Display marked a new way of using the mobile device. And, having a screen that turns on at will or that remains on all the time, but with minimal consumption is something that the iPhone cannot experience. In addition, the utility that this entails must be taken into account.

The Always on Display is still a tool to manage notifications and always be aware of what is happening on the mobile device. In fact, since its arrival, the RGB LED that Android phones had has disappeared to make way for a much more attractive and, above all, useful system.

Use different accounts on the same phone

Android phones can be used by several people at the same time or have two different uses. The first is achieved thanks to the fact that guest accounts can be created so that they can use the mobile as if it were their own.

But that’s not all, Android phones can host countless Gmail accounts as if they were the main ones and use the device from any of these accounts; have access to Google Photos, Gmail or any of Google’s own applications.

Have multiple copies of the same app

Another advantage of Android is that the operating system allows you to integrate several copies of the same application. Some devices have a feature that allows you to clone apps to have multiple apps on the same mobile device. What this allows is that multiple accounts can be used at the same time.

How to check iPhone for viruses

In fact, the easiest way to explain it is by doing the easy example: having two WhatsApp applications on your mobile phone for your personal number and your work number. So you can always have everything at hand, but everything is kept separate so that there is always a certain order at a general level between the different accounts.

Install custom versions and use root

We’ve come to the last feature that an Android phone can do that an iPhone can’t. The truth is that it is also the most advanced function of all, so not all users are willing to do it. Android phones can be unlocked at a very advanced level.

iPhone 8: new confirmations arrive on the design of the top of the Apple range

The process gives access to advanced functions such as being able to change the ROM or have root that allows you to install applications or modify system elements without Android being an impediment. In fact, it is a functionality that many people use to always keep their mobile device updated.